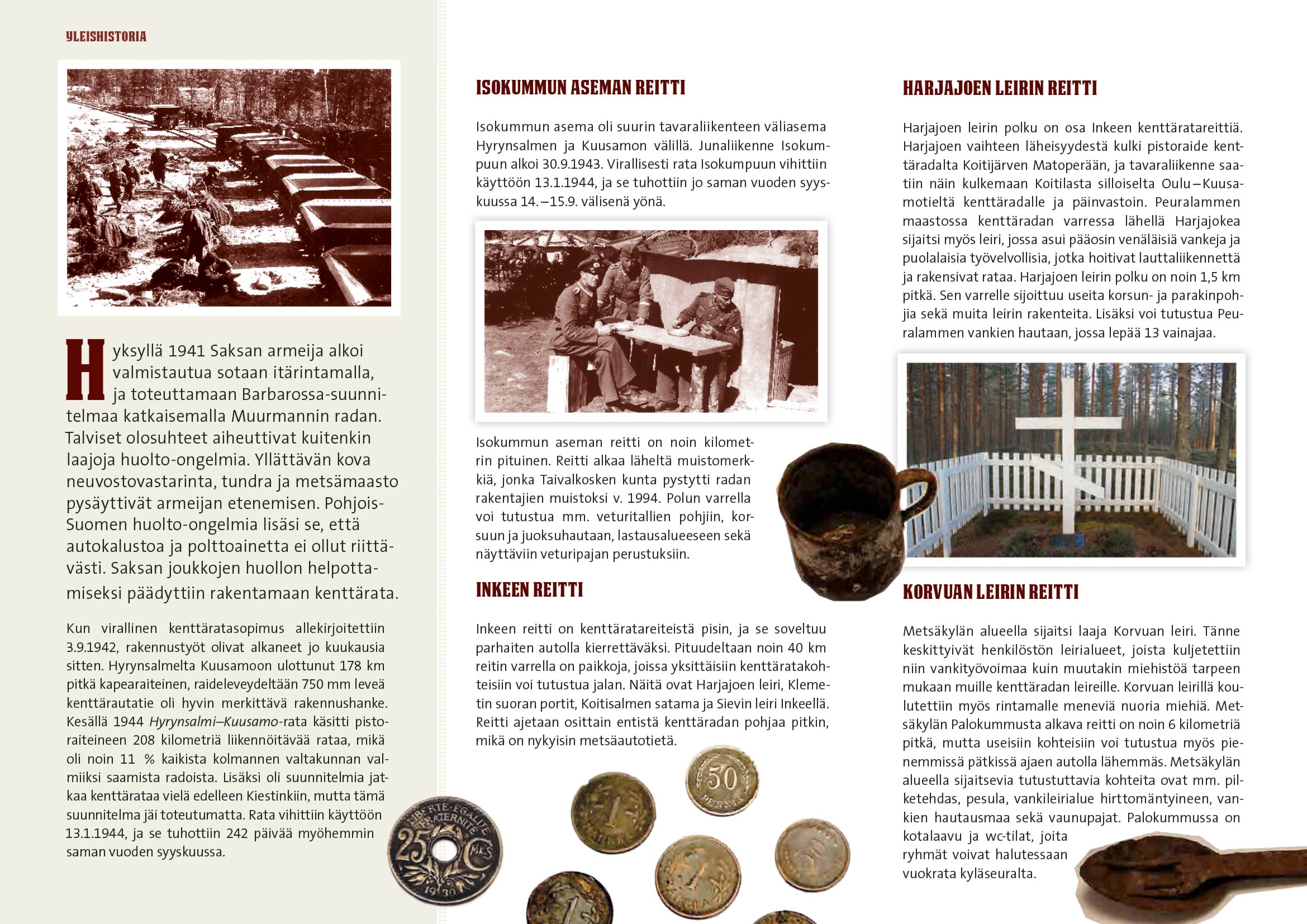 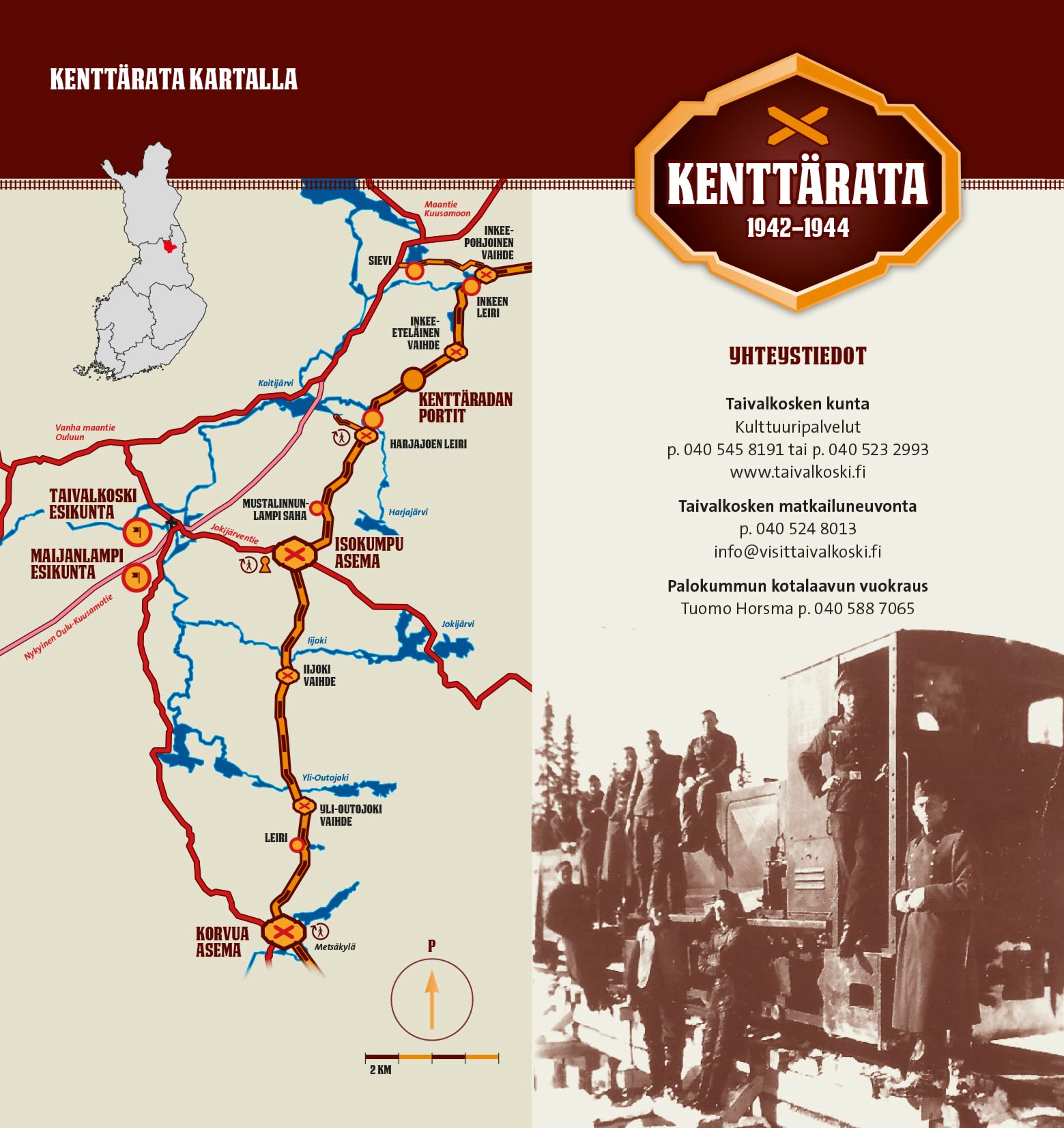 The military railway track was a substantial construction project, as it constituted about 11% of all the tracks completed in the Third Reich. The military railway track was built by POW-s from different countries, as well as forcibly removed workers from countries under German occupation. Three of the most important campsites and stations in the Taivalkoski area have been restored so that visitors can get there on signposted trails.

Isokumpu was the most important freight hub between Hyrynsalmi and Kuusamo. The Isokumpu station route is about a kilometre long. Along the trail, you can get acquainted with, for example, the bases of locomotive sheds, dugouts and trenches, a loading area as well as the impressive foundations of a locomotive workshop.

The extensive personnel camps of Korvua were located in Metsäkylä. Nowadays, you can see the camp on a 5-kilometre route. The woodchip factory, the hanging pine and the prisoners’ graveyard are particularly worth seeing. If you do not want to complete the whole route on foot, you can also drive closer by car and then visit some of the more important sites.